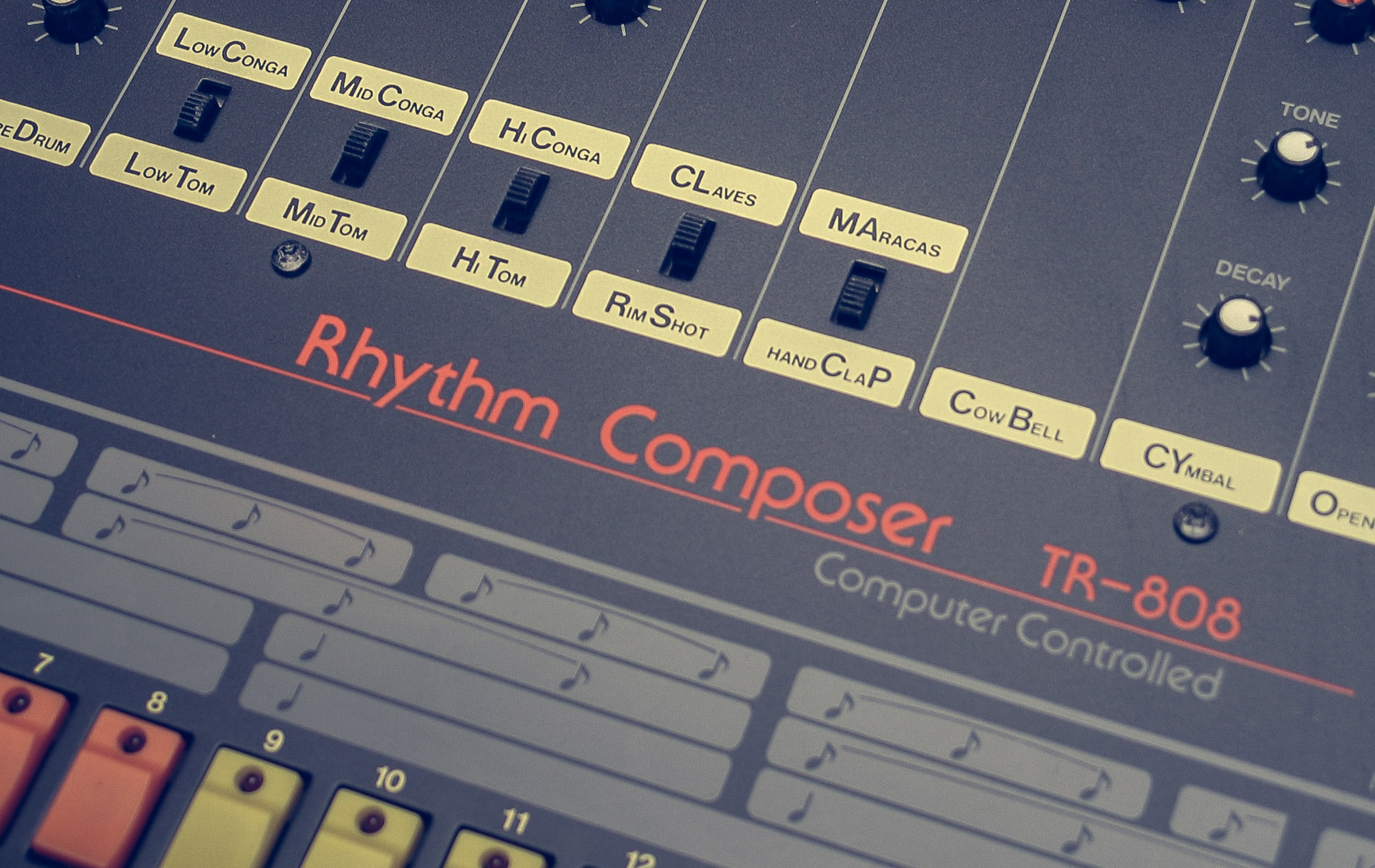 This has posed to be an interesting question, and I have wondered about this before, and being a music producer, have been asked a similar question as well. We kind of just take on the jargon and go along with it in our day and age saying stuff like “How’s that 808”, or “This track has some banging 808” without really grasping the real meaning.

Ironically enough, people seem to understand what we’re talking about. And having listened to a lot of hip hop, trap, and electronic music like house and techno; we surely must have heard a lot of 808s in these genres right? Let’s go a bit deeper into it and break it down to understand this in more detail. Whether you are an artist, a music producer, or an avid listener of hip hop or whatever, this article will surely shed some light on this well-known 808 sound; and why almost every hip hop song uses it.

Before we get into why so many hip-hop songs use this infamous 808, let’s dig a little and get an understanding of what this term means. And to do this we going to take it way back to the ’80s when Ikutaro Kakehashi (a Japanese engineer, inventor, entrepreneur, and founder of musical instrument manufacturers such as Ace Tone, Roland, and Boss Corporation) created one of the earliest programmable drum machines named the Roland TR-808. It was one of the first drum machines to allow users to program rhythms into it instead of using preset patterns, with a layout of 16 keys for programming the sounds into rhythms.

Just to get a better understanding of the original TR-808 rhythm composer itself (the TR stands for Transistor Rhythm) there were various percussive sounds that the device could make such as kick, snare, low tom, mid tom, hi tom, clap, cowbell, open hi-hat, closed hi-hat, low conga, mid conga, hi conga, clave, rimshot, maracas, and cymbal sounds. And just to get a bit technical; the control panel of an original unit has for the bass drum circuit just three controls: a level control (which would adjust the volume), a tone control (for EQing the sound), and a decay control (the rate at which the sound level decreases after the sound is made). There was no form of pitch control.

This was one of the reasons, among others, that limited this machine at the time.

It was made available in 1980 to consumers but it was not received well at the time, and it also got a bunch of unfavorable reviews. This was mainly because the 808 produced sounds that were too synthetic (or futuristic) for its time, and people who needed to use a rhythm machine for drums rather opted to buy its competitor the Linn LM-1, which was about three times more expensive but had a less robotic sound. Also bear in mind that at this time electronic music was not popular yet, so Roland stopped producing the machine in 1983. The original intention of the creation of the 808 was to be used to make demos and not for professionally produced tracks. However, because of its lower price and loud bass drum beat, it got introduced and would later take off in the underground scene, especially in the beginning of hip hop’s formation, and would gain popularity in the different music genres throughout the years. Today it is one of the most valuable pieces of musical machines ever made.

Rock” which was released in 1982 and many other songs were released after which include: Marvin Gaye – “Sexual Healing”, Beastie Boys – “Paul Revere”, Whitney Houston – “I Wanna Dance With Somebody”, Outkast – “The Way You Move”, and Lil Jon & Usher – “Yeah!”, just to name a few.

We know now that the Roland TR-808 creates a kick drum sound as one of its programs right? Well, the original sound of the kick on the 808 machine was in fact, a kick drum. Now let’s imagine we program the kick sound to play. It comes in with a thump, a quick attack. But instead, now we turn up the decay time (remember, this is the length of time the sound decreases to silence after it begins). This will extend the kick sound to a low-end bass sound that follows. So now every time the kick drum thumps, there is a bass that extends after it.

So now, people use the term “808” to describe that specific bass sound. And this is not only used in hip hop production but is a term used for a variety of popular music. For those making music, you might be familiar with an instrument in the Garageband called the “808 Bass” which is essentially the low-end bass sounds, and not the attack of the kick drum, which hopefully clears up a lot of confusion. Because I know at one point I was also unsure as to what this all meant.

So we find now that a lot of modern Hip hop and trap songs use that 808 sound that shakes the speakers in the clubs. That is the sound that listeners like to hear, that bass “feeling” that accompanies the booming sound. Hip hop and trap music have become synonymous with the 808 and it feels like a track is almost not even complete unless it has that 808. We all know that feeling when a song starts with a catchy melody, and your heart is eagerly anticipating the “drop” when the booming 808 kicks in, and that’s when the place “turns up”. People like Lil Jon, Metro Boomin, Sonny Digital, and more recent producer Mike Will Made It use that 808 sound in their songs, and you may try as hard as you can, but when the sound comes in, it’s difficult not to dance or bob your head.

So overall, this term has a history that spans over 40 years, and although the 808 sound we know now is not identical to the original sound from the Roland TR-808 machine, it has gained immense popularity. And the 808 machine has become a valuable item nowadays, especially to those who appreciate that retro sound. And here’s another interesting fact: 808 also means, or references, the penal code for “disturbing the peace” e.g. when the music is too loud somewhere, the bass sound carries over and makes too much noise.

What is Hyperpop?
How To Make a Trap Beat?