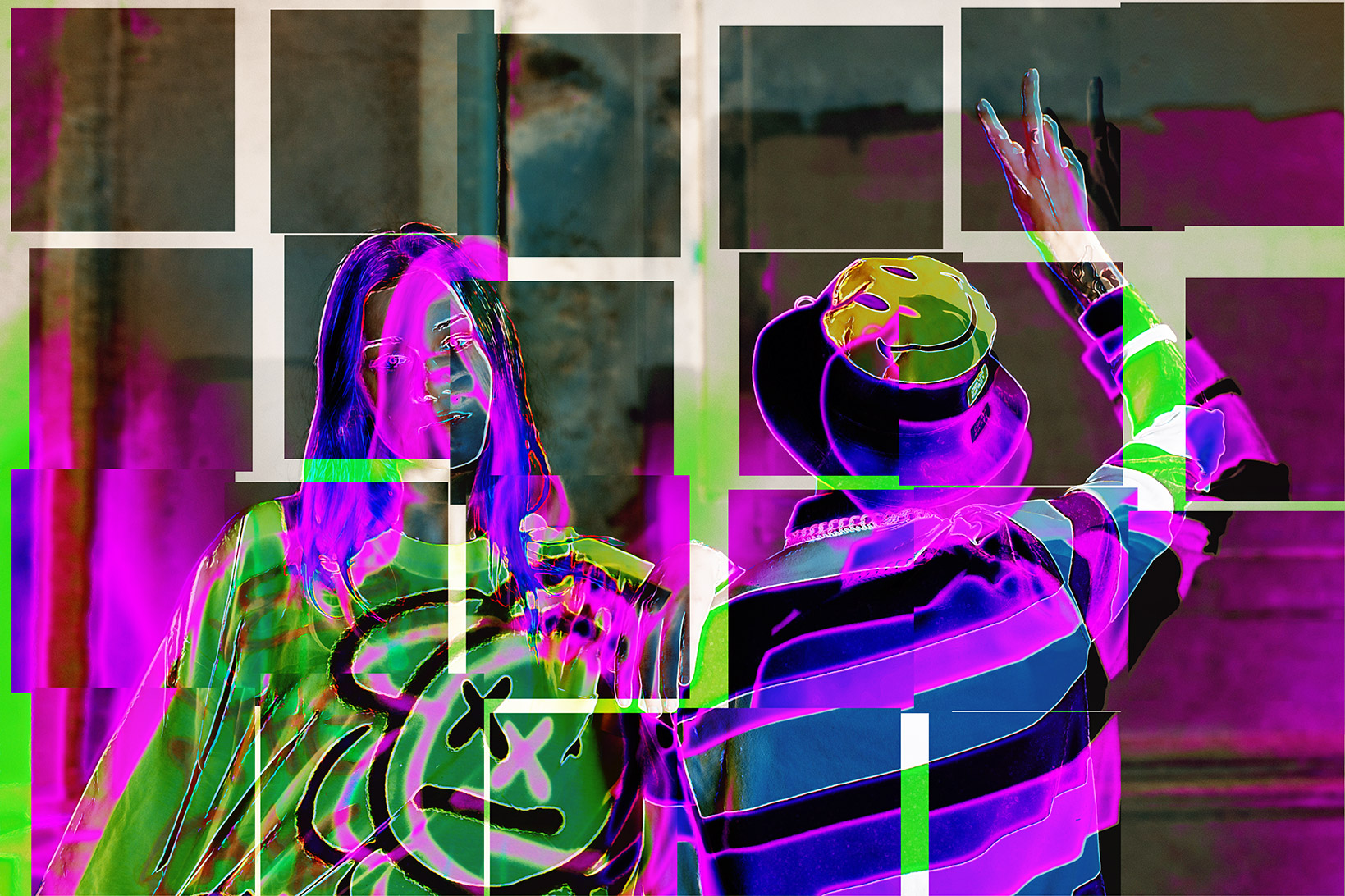 Hyperpop is music that blends and transcends genres. Drawing inspiration from a variety of sounds from the past and present, it pushes the boundaries of pop music to its limit, transforming it into the manifesto of a generation that eludes identification. Hyperpop represents the outer edges of pop, the most experimental angle of popular music: the “alternative” approach to a music genre that was never alternative, and yet it’s become the embodiment of a fluid subculture encompassing different cultures and ages. The track’s speed, the mechanized voices, and the mind-boggling blend of cacophonic sounds are all reflections of the era we live in: a period of constant change, where certainties don’t last, and the digital world defines us more than what we do and who we are in real life. Today we’re going to look into what defines the most idiosyncratic genre of the 2020s: when it started, how it became the voice of alternative communities worldwide, and how it’s leading the path towards a new approach to pop music.

The Origin of Hyperpop

The Hyperpop genre was born online. The first steps of this new subgenre could be seen in the nightcore music scene on the music platform SoundCloud, around 2013. Here is where the style of Hyperpop becomes more defined and starts getting an audience: the excessive distortion, the references to 2000s Internet culture, and the constant mixing o music genres became the symbol of an internet culture that doesn’t identify itself with anything except with its own uniqueness. A. G. Cook is considered one of the pioneers of the genre, and the artist who helped popularize Hyperpop since day one. With its record label PC Music, Cook promoted a variety of artists which later on became the symbol of this new, uncompromising genre. The name “Hyperpop” arose from the title of a Spotify playlist that was created in August 2019, featuring some of the most popular artists defining this new genre. Since Hyperpop is an all-encompassing, all-blending music culture, the Spotify playlist helped it reach a wider audience and gain popularity worldwide. Even though Hyperpop was born within the Soundcloud community, it’s with TikTok that the genre becomes recognized globally as the alternative voice of a generation. Since 2020, thousands of Hyperpop songs have been used as soundtracks for TikTok videos, as they offer a perfect blend of beat, chaos, energy, and unique aesthetics.

Perhaps the best way to describe Hyperpop is as a genre that defiantly eludes generalization. It blends together all sorts of music styles, from lo-fi trap to trance music, dubstep, emo rap, nu-metal, and J-pop; most of the time, you may find multiple genres in a three-minute song. Exaggerated compression and distortion, sudden mood and beat changes, auto-tuned and unrecognizable voices, lyrics that draw inspiration from the web 2.0, and typical social media jargon are only a few of the defining elements of Hyperpop; everything accompanied by visually striking elements and an aesthetic that clearly separates itself from the cultural status quo. As music that rejects classification, Hyperpop has become home for the chaotic aesthetic of a youth that struggles to find identification in the old, black-or-white music environment previous generations grew up in. Today, young creators find inspiration in the limitless digital ecosystem, capturing sounds and moods from different eras and transforming them into a melting pot of sonic emotions that seems incredibly coherent, despite the chaotic assembling of its components. The Hyperpop Culture The Hyperpop culture is one of self-identification within a fluid, online community that allows no boundaries in its genres. This subgenre has become the voice of a generation growing up with infinite abundance and instant accessibility of content: with their music, Hyperpop artists show they can absorb and reinterpret existing sonic material in a distinctive way. TikTok, and in particular the Alt TikTok community, has become the echo chamber of this new wave, by putting together young creators and their audience in a digital space where they can share and exhibit their unicity with like-minded people. Most of the artists working within this genre define themselves as non-binary, gay, or transgender. As result, Hyperpop has often been linked with the LGBTQIA+ community. Just like this music genre can’t be labeled easily within the standard music culture, the artists who represent it feel detached from the easy labeling of the culture we live in.

Here are 5 of the most important Hyperpop songs

SOPHIE – Immaterial A song that has become the manifesto of a genre. The powerful beat, the catchy melody, and the lyrics that describe the endless possibilities of humans in the digital era: Immaterial is the perfect song to enter the world of Hyperpop. Sophie was an extremely talented producer and songwriter, one that defined Hyperpop and will truly be missed for years to come.

100 gecs - Money Machine The song that made 100 gecs famous worldwide is a mix of angry lyrics with an infectious distorted beat. Auto-tuned, unrecognizable voices blend with exaggerated trap beats, and an ultra-compressed synth brought to life one of the catchiest Hyperpop tracks.

UMRU – heart2 Producer Umru carefully combines a plethora of elements into his songs that sound extremely coherent and catchy. Heart2 features the voice of Rebecca Black, evolving as one with the hammering beat of the track.

Iglooghost - Mametchi / Usohachi (feat. Mr. Yote) In just three minutes, Mametchi/Usohachi evolves to encompass all possible music genres, in a consistent mix that makes it one of the most ambitious Hyperpop songs to date.

Hyperpop may fade away in an instant or be the voice of a generation. It was born out of the need of young creators to celebrate their uniqueness through amusicality: the representation of the self as a fluid, constantly evolving digital persona that defies classification. Revisiting “pop” music and making it “alternative” is the ultimate statement of a genre that unhinges everything that came before it. By transcending all music genres, Hyperpop proves that in the era of the endless accessibility of music, the music genre doesn’t identify the individual as much as it used to. In the mind of an Hyperpop producer, all genres are one, and they can all be exploited to create sonic emotions; the way we experience them, becomes the ultimate statement of uniqueness.

Sampling? What About Borrowing?
Why does every hip hop song have 808? & What Is It?