Sampling? What About Borrowing? 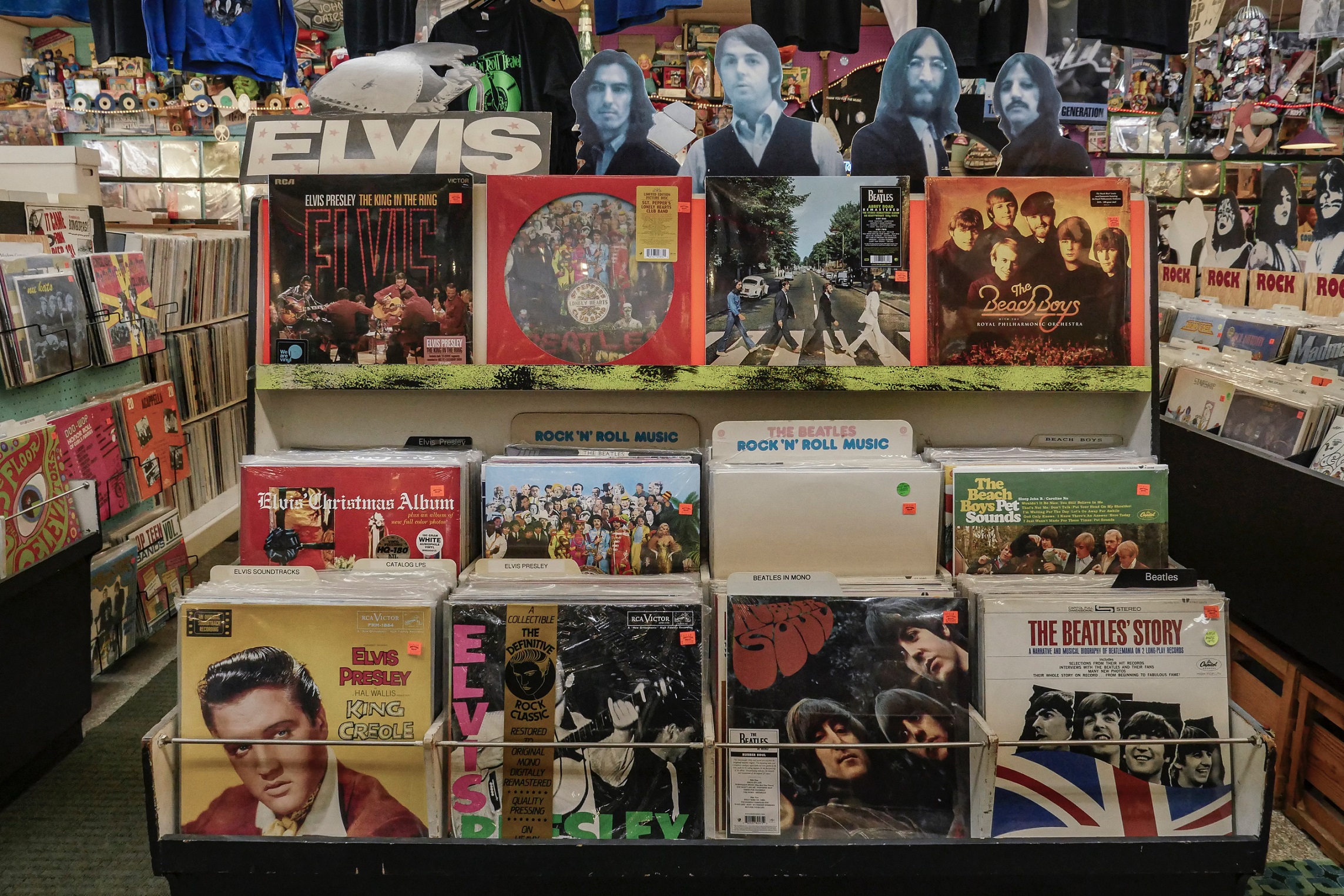 When talking about sampling, usually we think of Hip Hop. We think of familiar songs being used (sampled) in other songs and legal issues that come from that use. The thing is, sampling is a lot like borrowing. You borrow a musical idea, a bass line, a hook, a specific sound or texture that caught your ear and built something else with it. That is what music is. That’s what pushes it forward. We grew up on the idea of a “genius”. Our Idols were geniuses, in that whatever they did, they did it first. But did they?

Jazz - Back in the early ’20 and the ’30s of the 20th century, began a tradition amongst jazz musicians in which they often “sampled” little bits of melodies they liked or that were popular at the time. At times it was a joke, trying to be cheeky if you may. At times it was a homage. An act of admiration to one of their peers and/or idols. This is done to this day. A useful tool, to break a long, tiring improv solo. It’s the player’s way of reaching out to the audience, checking their attention, and just plain fun.

A more recent (relatively) example would be the Beatles. The fab four.

A few days ago I was watching the new Beatles documentary. I haven’t finished it yet but there’s a recurring sort of thing, which I (as Beatlemaniac through and through) thought to be fascinating. The Beatles are rehearsing for their last (and first in a while) show and while they are trying to come up with new material, they go through their old stuff, which makes sense you know? but other than that, they play other people’s songs together. Ha! While this is not supposed to be such a big surprise, to see your idols, the four genius men play around with covers for songs they love, it was a big surprise for me. Because you never think about that, but there’s a history. It’s never something that came out of nothing. You take what you know, and make it yours. That’s the genius part.

I came across a youtube video, naming a few songs that the Beatles well umm… what’s the word? the video title might suggest ‘riped off’, but is it so? The answer is tricky. If we’ll go over each song in the video, you’ll get a different answer from each person you ask and from the law. The main thing I got from the video is the vast well of influences each Beatle brought with him, both consciously and unconsciously. If I have to make a legal case, I’d use Bobby Parker’s way of putting it**, “They just smiled and shake my hand… but, put something in hand”**. Yes, probably if they “copied”, or “borrowed” Parker’s riff, they should have paid him.

Or did they? The video goes on to describe how Parker’s idea for the riff to his song “Watch Your Step” actually came from Dizzy Gillespie’s tune “Manteca”. Quoting: “I started playing the Manteca riff on my guitar and decided to make a blues out of it”. Did Parker “put something” in Gillespie’s hand? Probably not. Based on what we already know about jazz and the borrowing tradition, I say nope!

A different type of borrowing is a lyric you liked or got stuck in your head, which is a bit of the same thing as musical borrowing. Rappers do it quite a lot and you can see that the use is the same, of a fun challenge or homage. I’ll give you two examples:

A different case, one that is easier to decide and less in the grey area would be the case of George Harrison’s “My Sweet Lord” and the Chiffon’s “He’s So Fine”. Harrison lost in court, because ‘well…’ his song was more of a cover. He claimed it was unintentional, but the songs are very similar, with the difference being the key and the lyrics. So if it was unintentional, and I believe it can be, it is very unfortunate. The reality is, in today’s world full of all kinds of music everywhere, it will be harder and harder not to use someone else’s melody/chord progression or even lyric. If it gets stuck in your head, you will use it in one way or another.

If I need to think of the difference between now and then, I’d say that back then, a young jazz musician would hear something they liked, walk all the way home, trying to memorize it. And then played whatever they could make out of it. That’s to say, technology was different. Not everyone had a record player in their home and no one had the means to make a record, print it to another track, and use it. That’s the only big change.

Ever since musicians ‘or even just you know, normal people (hehe)’ could use tape machines, they started taking sounds and manipulating those sounds. That is from the 40’s “Pierre Schaffer and the Musique Concrete” to today’s Ariana Grande’s “7 Rings”.

Nowadays, if you talk to one of the jazz oldies in NY there’s a 99% chance that at some point, they will tell you not to transcribe any of that “new shit”. They, the cool young cats, the damned, they were listening to the old stuff. They know Charlie Parker like the back of their hand, and Charlie Parker could’ve quoted Stravinsky in his sleep. So on and so on. Meaning - There’s a history. And the fine art of music is to take that history and make it your own. You can do it in two ways, you can copy or you can change it. make it your own.

The History of The Great DJ's and Sampling in Hiphop
What is Hyperpop?