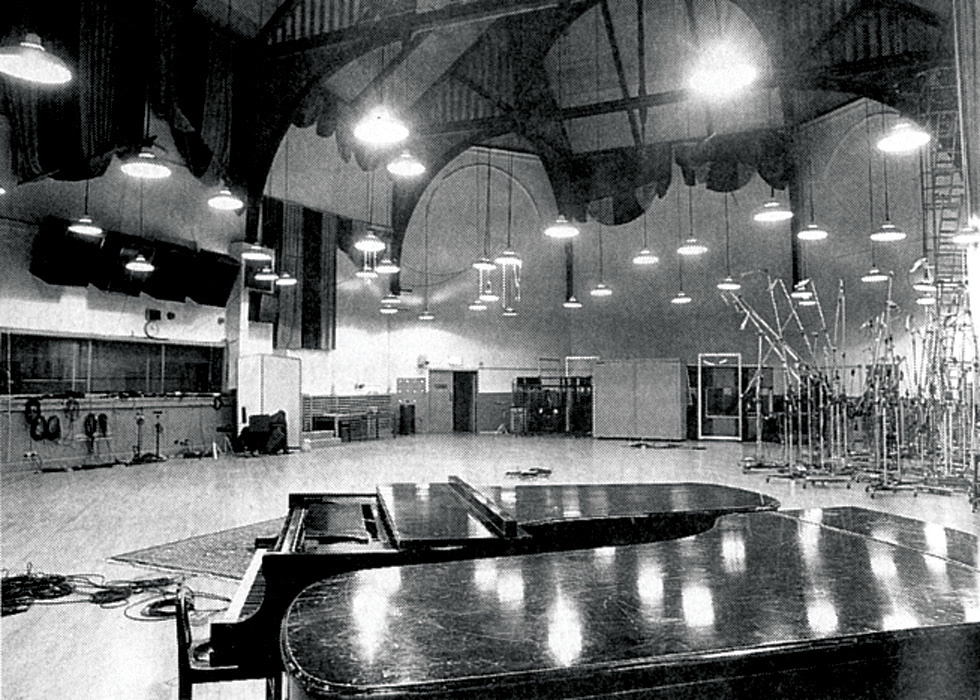 Reverb (short for reverberation) is the acoustic persistence of sound after its initial production.

Reverb is what gives spaces their unique sound and color.

If you clap your hands once right now, you can probably hear a bit of reverberation. The decay of the reverb is the time it takes for the sound to die completely after the clap (or every other sound) is produced.

The decay is affected by the size of the space, and the absorption and diffusion (furniture or other objects like trees or people) it contains.

You probably never heard a piece of music without at least some reverb on it.

Natural reverb is used in music, commonly in music halls (like Boston’s Symphony Hall) to redirect sound to the audience. And to give a psychological (or psychoacoustic) effect of loudness, blending the different instruments into one coherent sound.

In recorded music, microphones are used to record natural reverb. The closer the microphone is to the signal (let’s say, a singer) the quieter the reverb will be, and vice versa. Usually, a recording is made with multiple microphones, close and far. And is later mixed to the desired levels, a “dry” signal will have less reverb than a “wet” signal. Natural reverb can be heard on famous recordings such as Kind of Blue by Miles Davis that was made in Columbia Records’ 30th Street Studio (which was nicknamed “The Church” as the building was a church before).

The orchestral parts of “The Wall” by Pink Floyd were recorded there as well.

One of the ‘problems’ of natural reverb recordings is that the signal is tied to the recording. Once recorded, it is almost impossible to remove reverb from a recording. Another problem lies in the fact that most musicians don’t have the money to rent an expensive place with beautiful natural reverb.

In the song “Peg o’ My Heart,” you can hear a distinct reverb that was created in a separate room from the one the band was playing in.

It was created by sending the sound from the close mics to the studio bathroom. A speaker was placed in the bathroom and a microphone recorded the reverb of the bathroom that was mixed to the dry signal eventually.

This method was used a lot in studios in the following years.

It gave audio engineers a chance to experiment with different spaces, by adding or removing objects such as reflectors and absorbers they could control the decay and the “color” of reverb in the room. 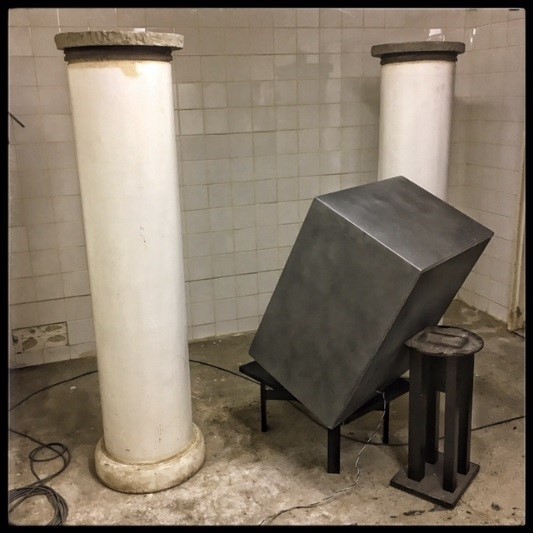 The most famous echo chamber is probably the one in Abbey Road Studios, which was used by The Beatles, Pink Floyd, and many other artists of the ’60s.

By creating a feedback loop (sending the signal again and again to the chamber every time with the added reverb) you can achieve a magnified reverb effect.

This is demonstrated famously by the work of the artist Alvin Lucier “I AM SITTING IN A ROOM”.

In his example, the room has a short decay reverb, and by creating a feedback loop the natural reverb of the room is accentuated over & over again.

A relatively convenient way of creating a reverb effect is by using mechanical devices. Using this type of system you need less space and can adjust settings like the decay and color of sound.

Spring reverb was the first of these systems. In 1939, this was first included as a feature in Hammond Organs. Hammond organs were primarily offered for home use, and because people were used to hearing organs in church, buyers desired an effect that replicated church reverb. 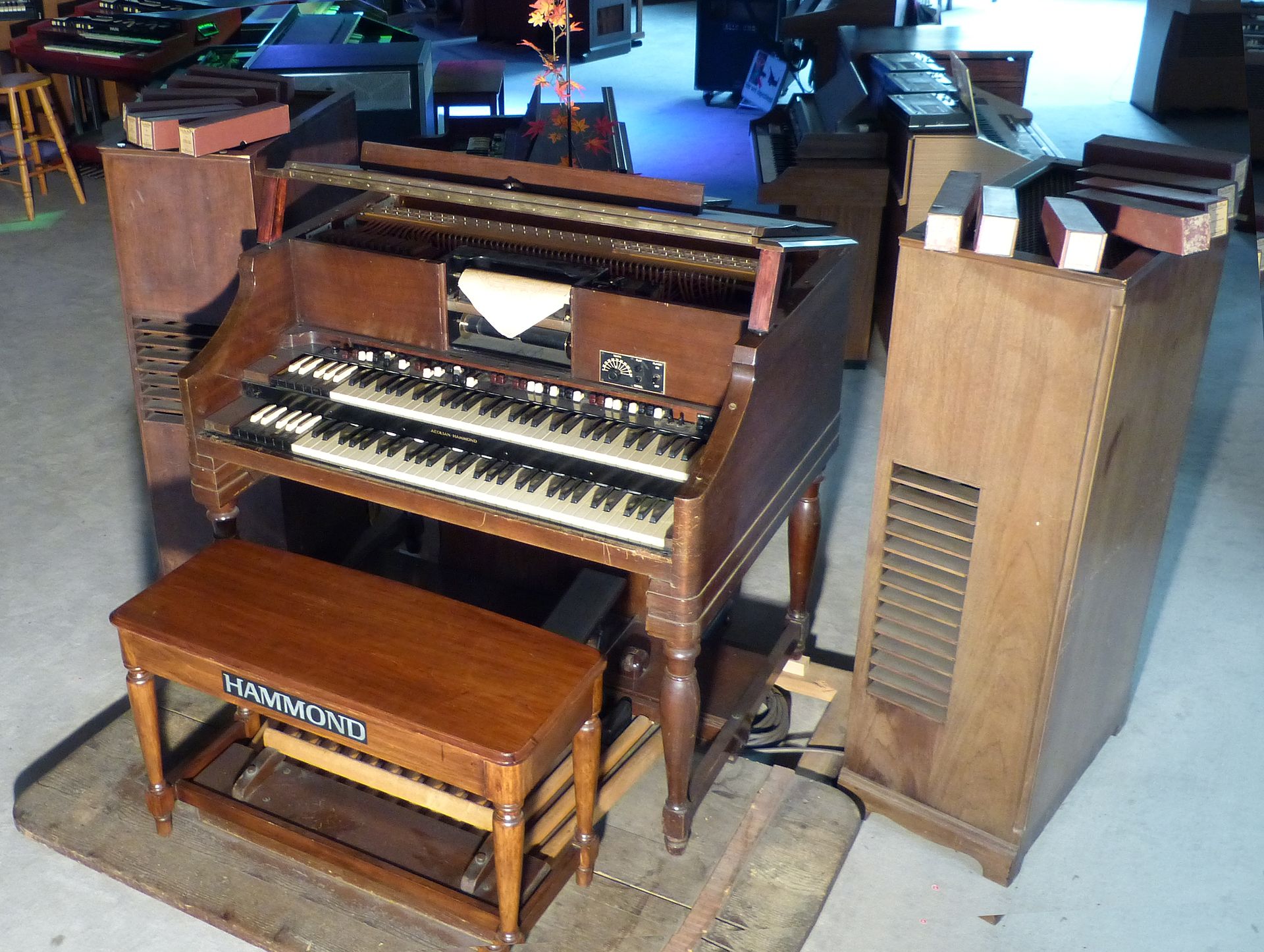 The reverb division in Hammond was called Accutronics.

By 1960 they managed to build a relatively small device (10" long) with two springs inside a metal casing.

Audio is then run through the springs (you can simplify by comparing the springs to a room, music played on one side and recorded on the other) 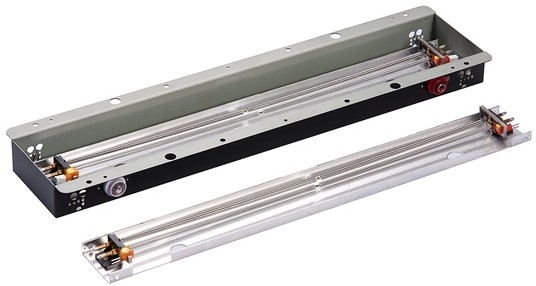 Leo Fender was one of the first to understand the power of this device outside of the organ, and he included the Accutronics reverb tank in his Fender Twin reverb amp.

This type of reverb has a very different sound than an actual space.

When you play a loud, short sound through it, you cause the springs to rattle, causing an effect called “drip”. The Accutronics spring reverb tank is still in use in Fender amps (and many others).

In the surf-rock classic “Wipe Out” you can hear what happens when you plug your guitar into the amp when it’s on, and the springs react to the loud noise (at the beginning of the song).

The following guitar sound is very wet with the spring reverb effect (a common practice in surf-rock).

This type of reverb is also heavily used on Reggae & Dub records.

One example is King Tubby’s “Roots of Dub”. The spring reverb is very prominent in this song.

The other famous mechanical reverb device is the plate reverb.

Plate reverbs are relatively big (the first were 8X4 feet, weighing 600 pounds!). They use a large piece of sheet metal, suspended by springs in a wooden box. Similar to the spring reverb, audio is passed through the metal and recorded on the other side. Creating a reverb sound that is almost like a long hallway with metal walls. A long piece of felt is mounted inside the case and can be moved to dampen the metal, thus shortening the decay. Different metal alloys can be used to create different sound characteristics.

The first plate reverb unit was built by the German company EMT and it is called the EMT 140. 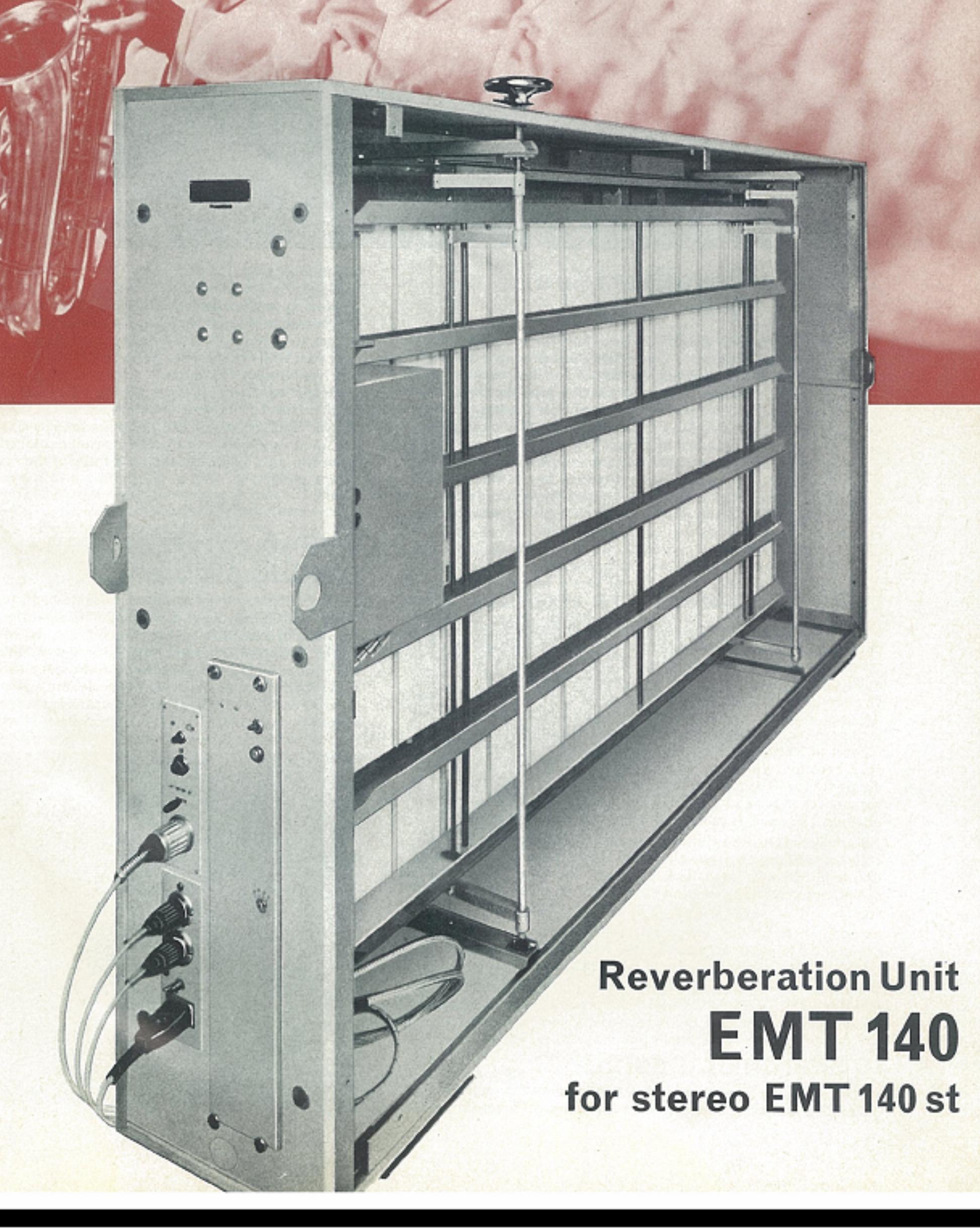 The EMT 140 offered a sound more similar to an echo chamber, almost like a natural room. It offered great audio in terms of noise and also you could play anything through it and sounded almost like a real room.

To this day, some studios keep these old plate units and you can hear those sounds in music you know and love.

The Beatles are specifically known for using echo chambers but from Sgt. pepper, they used the EMT 140 a lot. In this example, in particular, you can hear the metallic decay on Paul’s vocals and speech at the end.

While natural and mechanical reverb is still in use today, when digital audio was introduced in the late ’70s, audio companies started developing ways to create the reverb effect digitally.

This offered a brand new world of technological and artistic exploration.

In the next article, I will describe how digital reverb works, the different ways it is used, and how it changed music as we know it today.

How To Make a Trap Beat?
DJ Screw - The Man Who Started slowed + reverb